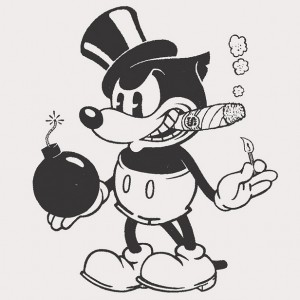 Dateline 03-2009. This is not your typical corporate buyout story. This one has victims. Well, maybe it is typical! It seems that a lot of lease-purchase drivers from Continental Express lost what equity they had in their trucks, or were told they had less equity in their trucks than their records showed, when Celadon bought the company last December.

At first glance, it seems someone at Continental was cooking the books – taking payments from the drivers, but not applying that money toward the trucks – a big surprise and a problem for Celadon. But, when you look closer, it seems that maybe Celadon was the one doing the cooking.

I honestly don’t think Daimler-Chrysler would have let dozens of trucks go unpaid for months and months without repossessing some trucks.

There are a lot of unanswered questions here, and with the help of one Indianapolis law firm, the answers will come forth, and these lease-purchase owner operators aren’t going to just walk away. If you or anyone you know was a victim in this deal, you are urged to contact the attorney handling this case. He wants to make sure all of the drivers who had any equity don’t lose what they had invested. He is already representing at least one driver and is looking for other drivers involved to come forward and claim what they rightfully own. Please contact Jonathan C. Little via e-mail at jonlittlelaw@gmail.com.

According to Mr. Little, here’s what we do know – Continental never paid these drivers their last paycheck on their Comdata cards like they said they did, in effect claiming they paid the drivers, when in fact the drivers could not access the money.

Celadon claimed to know nothing about any leases about any trucks from Continental, saying they purchased all the trucks outright. However, when those drivers arrived at Celadon, many were told they owed considerably more money than they thought. And they were told this after they entered Celadon’s yard, which was fenced and guarded by security guards who had explicit instructions to separate all the leased trucks (that Celadon allegedly knew nothing about) – the ones with the big “L” painted on the side.

Some drivers had their trucks completely paid off, but found out there was a lien still owed somehow. Celadon provided each driver with a printout that showed exactly what they (now) owed. Many of the drivers “didn’t qualify” to work for Celadon and were given bus tickets home. And for the drivers that qualified to work for Celadon, they were urged to forfeit thousands of dollars in equity and become company drivers.

I can relate to this story on a personal level. I was working for Celadon when they purchased Burlington Motor Carriers back in 1996. The orientation I attended at Celadon was loaded with former Burlington drivers who complained about similar losses. I didn’t hear about any drivers actually losing a paid-off truck, but I did hear a few say they had a lease-purchase, which they lost, and were going to work for Celadon as a company driver. But there was some good news too – some of the Burlington drivers were paid a higher wage than Celadon paid, and Celadon vowed to keep those wages at the same level that they were at Burlington.

I don’t know how that happens, but I lost $300 in the deal. I was offered a job at Celadon, but having been there and done that, I declined the offer. I still wonder if those CX Roberson drivers who did go to work for Celadon ever got their security deposits back from CX Roberson. I’d like to hear from anyone out there that did not get their deposit back. You can e-mail me at info@bigcitydriver.com (who knows, maybe we have a case).

Continental Express had about 400 trucks, and 33 of them were either under a lease-purchase agreement or owned outright. I’m sure some of those 33 owner operators to be just walked away, or went to work for Celadon, accepting the loss. Again, if you know any drivers involved, please contact the lawyer mentioned above.

In today’s tight economy, companies that have huge debt and payments that they can’t keep up with are having a tough time. Those with paid-off assets and debt-free operations are doing very well. Big companies like Celadon are making very lucrative purchases, growing by leaps and bounds, gaining valuable market share and pleasing their shareholders.

When money is tight, it becomes a buyer’s market, and that’s what it is at this time. Continental Express had a verified gross income of $92 million in 2007, and Celadon bought the company for only $42 million – a very good investment by any standard. And with the credit market getting tough, money talks and debt walks.

I’m not making any accusations in this article. The truth will come out in court, and I will be the first to report the findings. All I’m doing here is bringing up the unanswered questions and helping the attorney get to the bottom of it all. If drivers did lose their assets, I’d like to see them recoup what was rightfully theirs. I’m a driver too, and us drivers have to stick together. The big corporations know how to cover their assets, so to speak, so we drivers have to cover ours as well, and fight back when necessary.

Don’t just be a victim, and don’t just walk away, like I did when Celadon bought CX Roberson. I should have hired a lawyer and gotten my $300 back. But I walked away thinking $300 wasn’t worth hiring a $500 lawyer. But in this case, equity in a truck can be a huge sum of money, possibly in the tens of thousands of dollars. Again, don’t just walk away. When this is over, I will publish the results, so keep reading Big City Driver.