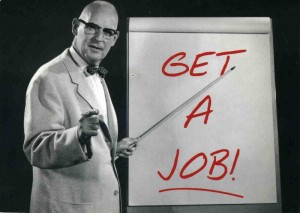 When I was about seventeen years old, I faced it. And I didn’t like it one bit. But I faced it and conquered it. I didn’t want to, but I had to. Don’t ask me how. All I know is I had to, so I did. It was my mother’s fault. Well, I blamed her at the time. But now, I thank her for it.

After I finished high school, all I wanted to do was lay around the house. For months, I just slept in. I stayed up late at night and I slept the days away. I didn’t want to step out of my bedroom, because then I would have to face my mother. My father was gone for five years already. But mom was always there, to be both, my mother and father.

Every time I saw her, she would pierce me with “that look” and say something like, “Did you find a job yet?” Or, “Are you still going to join the Army?” Sometimes she would say, “Why don’t you go to college?” And she would always blame me for the dirty dishes. I used to argue that I only dirtied one or two. But she had to work all day and then come home to clean up after three kids, who were big enough to take care of themselves. And she let me know just how difficult that was.

Well, after a few months of that, I left. I couldn’t take it anymore. I finally got mad and walked out. I had a car, but no money. All I knew was that I wasn’t going back. And it was her fault, because she made my life so uncomfortable. I was only seventeen years old. I slept in my car that night and I cursed her the whole night.

When I woke up, it hit me. I needed a job. I spent the day applying for many. I found one, delivering pizza. I made forty dollars cash that day, so I went to a dumpy hotel and rented a room for twenty-five dollars, for a week. Since then, I have been on my own and have never looked back.

Now, I always work. The reasons have changed, but the mission remains the same. First a wife, then two kids, and now, two grandchildren. There was and still is a reason to work. Even if I lost my whole family, there would still be a reason to work. I would still need food and shelter for myself.

These days, I am watching my son battle with this reality. He doesn’t like working. He likes to sleep in. He stays in his room to avoid me. It’s true that I pressure him, just like my mom did to me. I hope it works on him the way it did on me. It’s easy to be lazy and live off of other people’s hard work, especially if you have a big family. Going to work, to support yourself and consider raising or supporting your own family, now that’s hard. Well it seems hard, at first. In the long run, it will be easy. But starting out, getting that first job and keeping it, is another story.

I think most young, so-called “adults” struggle with this reality at some point in their lives. It’s a rude awakening for some, especially if you haven’t yet decided what you want to be when you grow up. It’s kind of a brainwash. You have to teach yourself to really believe that you have to work, after never really having to before. You have to convince yourself that you have to do it. You have to literally change your mind-set.

I like to think of it as the brainwash of Capitalism. Not that that’s a bad thing, in fact, I love it and wouldn’t have it any other way. But let’s face it, at some point, you just have to decide to work.

I try to lead by example. These days, I work two and a half jobs. I do work hard, but I actually like it now (either that or the brainwash really worked on me). My mom led by example too. I remember when she had three jobs at one time. My dad though, he never worked much. Well, we didn’t think of it as work. He was a musician. While everyone else went to work, he went to “play” music. And he never really made any money doing it. But at least he was doing what he loved to do. Not like my mom, who did what she had to do to raise the kids after they split up.

Growing up in San Francisco at the time, I was always proud of my dad. Even though he didn’t have money, he was cool. It was always a cool thing to tell the kids I went to school with that my dad was a musician. He hung around with famous people and even became somewhat of a local celebrity.

Many people credit him for starting the whole North Beach Blues Scene in San Francisco. His band, the Geno Skaggs Band, was the first band to play at The Saloon. They were the house band for several years before all the other clubs started having live entertainment. Some of his friends included Ike and Tina Turner, John Lee Hooker, Carlos Santana, Elvin Bishop, Charlie Musselwhite and many more.

There has always been a part of me that wanted to be like my dad and just do what I love, rather than be like my mom and do what really needs to be done. I somehow try to do both. I am lucky to be doing work that I enjoy and make money doing it. I hope you are too. And if not, you’re never too old to change or reinvent yourself. Thanks for visiting Big City Driver.