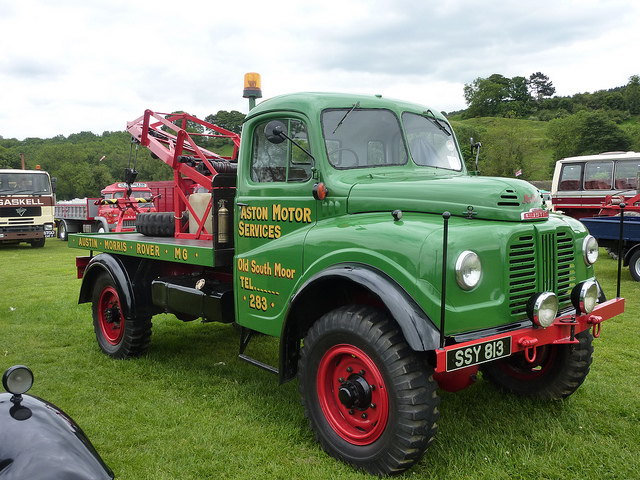 It all starts with a slight chip or a nick from a pebble or a stone. Without that protective layer of paint, even the tiniest bit of metal can become susceptible to a car collector`s greatest enemy – rust. Rust is unsightly, undesirable and most of all, unsafe. If left to its own devices, rust can easily turn a perfectly solid car into a brownish, flaking and shattered shell of its former self. For classic car collectors, the smallest bit of rust can easily ruin a car`s looks and desirability. Once rust begins to form on any metal surface, it takes time and effort, not to mention money, to have it dealt with properly.

The best way to deal with rust is to not deal with it at all.

That means keeping your classic car or truck rust free. That might sound like a daunting or even nearly impossible job, depending on where you live. However, there are plenty of tips that you can use to keep your vehicle pristine and rust-free:

– Keep your classic car or truck spotless inside and out. That means washing and waxing it on a regular basis. Washing your car helps remove dirt, debris, salts and other impurities that can easily cause rust to form in unprotected and under-protected areas. Wax adds an additional barrier that not only keeps rust at bay, but also keeps your paint looking its best.

– Avoid any interior spills that can soak through the carpets. Leaving these spills unattended can cause rust to form from the inside.

– Avoid driving your classic car or truck during the winter months in areas where road salt usage is prevalent. Road salt and brine can do a serious number on a car`s undercarriage and bodywork after years of exposure. If you have to keep your pride and joy off the roads during this time, that`s just what you`ll have to do. Better that than to risk dealing with serious rust issues after a few winters.

– Perform a thorough inspection of your classic car or truck for rust on a regular basis. Keep in mind that rust formation isn`t always obvious. Rust that forms underneath paint or vinyl will show up as bubbles or blisters. The engine bay, undercarriage rails, trunk and water channels are common areas for rust to form.

– Fix small paint problems quickly. Chips, scratches and dents should be taken care of as soon as possible before rust can take hold. Use matching-color touch-up paint to quickly fix small chips and scratches caused by road debris.

– Apply rust prevention spray to vulnerable unpainted areas of your vehicle, especially those that come into constant contact with road debris and salts.

– Don`t forget to take care of your chrome. Like any other metal, chrome can pit and rust, leaving behind an unattractive surface texture and plenty of surface rust. A variety of chrome care products can take care of pitted chrome and bring it back to like-new.

With these helpful tips, you can avoid turning your classic car or truck into a rust bucket and keep it looking pristine for years to come. It`s not just classic cars that can benefit from the above, as plenty of modern cars and trucks, despite utilizing advanced rust proofing techniques, can also be kept rust free with these helpful tips.