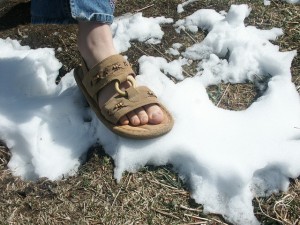 It happens every time you go on a road trip. You left the house with a lingering doubt. “I know I forgot something,” you think to yourself. You’ve got your GPS, cell phone, and suit case; That’s everything, right? And then it hits you as you’re two-hundred miles out − and here you are in the middle of Tumbleweed USA, stranded from technology and convenience.

Whether it’s something you really need or something you want so badly that you need it, we all experience the regret of leaving something behind while on the road. Here is a list of ten things to jog your memory the next time you’re about to leave for your next road trip:

It’s almost like a nightmare: You pull over to a rest stop in a desolate part of nowhere because you really need to use the bathroom, and the next road stop isn’t for a hundred miles. After returning from the bathroom, you spot a shadowy figure from the corner of your eye and book it to your car. And that’s when you see your keys dangling from the ignition inside – and all the doors are locked. Avoid a brush with horror and pack a second key. If you’re riding with someone else, give them a key. Or pack a key in something you’ll always have with you, like a wallet or purse, if you’re riding solo.

Besides keeping your car nice and cool, window covers are useful at rest stops. While it’s generally a terrible idea to sleep at rest stops, sometimes you’re left with no choice and need a rest before you fall asleep at the wheel (which is significantly more dangerous than rest stops.) Whenever you must sleep at a rest stop, try to park somewhere close to the facilities, crack a window to allow ventilation, and prop up your window covers. These can help you rest easier without fear of being peered at − and hide any tempting valuables you might be bringing with you.

3. A variety of clothes

It may seem obvious at first, but even if your trip is only a few hours, bringing extra clothing with you is important for many reasons (and not just because you’re afraid of getting salsa stains on your nice shirt.) Bring at least something to ward off sudden inclement weather, such as gloves and a coat. You might be caught off guard by how sudden weather can change in long-distance driving if you haven’t experienced it before. My personal code for long road trips is to bring clothes for the hot, the cold, some rain, some snow. It may seem more obvious than some other entries here, but this is coming from someone who has been caught in cargo shorts during an hours-long blizzard.

For long days of driving, don’t underestimate the value of a nice pair of polarized sunglasses; they’ll adjust to the sun as it tries to blind you while veering down busy interstates on cruise control. It’s generally wise to wear some kind of eyewear for long-distance driving anyway, since it will protect your eyes from drying out (especially if you’re running the heater).

Road trips are some of the most unpredictable moments of your life. It’ll help to have something as versatile as a Swiss army knife. You’ll inevitably find a use for it if you ride long enough.

This one is especially crucial if you’re technologically dependent. Some higher-end cars being released have on-board Wi-Fi, and there are surprisingly affordable alternative solutions, like prepaid wireless Wi-Fi packages for those who want to invest. Besides being extraordinarily convenient for entertainment purposes, relying on 3g or 4g connections is risky with GPS systems. Getting derailed from my route for two hours because I decided to rely on Siri while she didn’t have an internet connection is not something I’d want to experience twice. 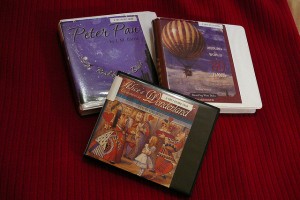 You’re seven hours out, and you’ve already listened to the four discs you’ve brought with you three times each. You turn off the radio, but can’t stand the silence. And frankly, you’d feel like a lunatic talking to yourself. Solution? Get an audio book or two to keep you company while on the road. Getting invested in a story is a good way to stave off fatigue while letting the hours melt away.

You’ve brought a GPS, portable DVD player, a laptop, an mp3 player, your phone, and a rechargeable portable toaster, but you’re not using any of them because they’re all dead and you’re miles from your hotel room. Avoid getting stranded by getting an electric power inverter. At the very least, you’ll have something to make sure you’re never out of reach with your phone and can dial help if you need it.

Here’s another portable energy solution, though a better choice for those with a green thumb. These are surprisingly affordable and can provide at least a few hours charge for your cell phone if you’re in a pinch.

As strange as it sounds in this day and age, you might find yourself in need of an actual paper map and some directions from a passerby. No matter what convenient gadgets you bring on the road, there is always the possibility that you’ll need to apply your own navigational skills on the road – especially if your GPS dies or is outdated or doesn’t care that there’s road construction right in front of you. Remember to pack an actual map and brush up on your sense of direction in the worst-case scenario that you find yourself unplugged.


Hank Barton is a second-generation trucker/philosopher who sometimes blogs about the madness that is life on the road. He currently writes for eGears, an authority on CDL Tests.