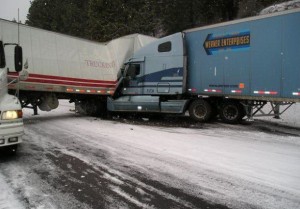 This seems to be the question lately, and the opinions are getting quite polarized.

Following some highly publicized collisions with buses and motor carriers in recent years, the Federal Motor Carrier Safety Administration (FMCSA) has been trying to find an effective way to limit such fatal accidents. In the past two years, the Administration has been studying the situation by collecting data, and back in April 2014, presented its findings in a report to Congress.

The main conclusion: current insurance minimums are insufficient when it comes to covering the actual costs of some crashes. Current minimum requirements of $750,000 for general freight and $1 million for hazardous materials were last changed in 1985.

However, it seems like in recent years the industry has been pelted with new regulations that most of the time involve paying more money to the government. Only a year has passed since the last blow was dealt – the freight broker bond cost increase from $10,000 to $75,000 that put a lot of small business owners out of the game.

And now the insurance minimums are at the center of a national discussion. Considering the cost of medical coverage today as well as inflation rates for the last 30 years, FMCSA says that the minimum insurance for general freight coverage would be no less than $1.7 million.

While preparing to propose the new regulations, FMCSA announced a 90-day comment period at the end of November 2014. It posed 26 questions for which it seeks public opinion. People can voice out their concerns on issues such as what would be the impact of increasing the minimum insurance level; current minimum of financial responsibility; premium rates, and more.

Here is a short summary of the main themes discussed in more than 200 comments left on regulations.gov.

Every Legislative Action Has a Reaction:

Where Do You Stand?

Join the discussion. Let us know what you think in the comments below, or express your concerns by Feb. 26 here. Don’t hesitate to give FMCSA your two cents for or against the liability increase. Many jobs and the industry future might very well depend on it! 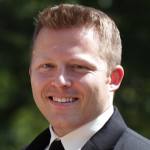 Vic Lance is the founder and president of Lance Surety Bond Associates. He is a surety bond expert who helps freight brokers get licensed and bonded.