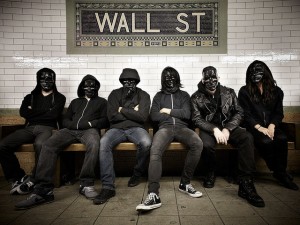 There are many dangers when driving in a big city- traffic jams, road rage, car-jackings, drive-by-shootings, smash-and-grabs, accidents on purpose, ambulance chasers, corrupt police, towing companies that tow your car or truck in seconds, expensive gas, auto-theft, auto break-ins, the list goes on.

Not all people who live in big cities know about these things. But, the street-wise do, and they take the necessary precautions. Understanding these very real dangers will help you learn how to avoid or prevent them.

Let’s take a look at each one, the cause and the cure.

Traffic jams are caused by drivers who tailgate and try to drive faster than the flow of traffic. When drivers merge at the last second, they have to step on their brakes. And that causes the tailgaters behind them to step on their brakes. So the cure is, simply to leave a safe following distance in front of your car or truck: Enough room, so that a truck could cut in front of you without slowing you down. And go with the flow of traffic.

Road rage occurs when someone loses self control. Some drivers get upset when the car in front of them is going too slow. Others get upset when a driver is going too fast. These conflicting theories cause a clash. On one hand there is the so-called Aggressive Driver. He thinks that every second counts. But, more often than not, he never stopped to do the math. Then there is the Safety Conscious Driver. He wants everybody to be careful and he gets upset when he sees an aggressive driver doing something dangerous. These drivers will yell at each other and even fight each other sometimes. The best way to avoid road rage, is to drive safely and learn to maintain self control. You might really want to teach somebody a lesson, but you will only get in trouble and they probably wouldn’t get it anyway. And quit tailgating, because that will stress you out too.

Car-jacking may not be completely preventable. But, you can minimize your chances with a few safety tips. According to one police officer I talked to, a car-jacking usually occurs at a red light or a gas station. So, try not to stop at red lights. All you have to do, is drive a little slower, so that you can time it where you wont have to stop. And when you must stop, do it slowly (this will help prevent traffic jams as well). And never stop so close to the vehicle in front of you, that you couldn’t go around him if you had to. And in gas stations, or anywhere for that matter, have your keys in your hand and in position as you approach your vehicle. And always lock your door as soon as you get in.

Drive-by shootings are usually gang related. So, all you have to do, is, never hang around with gang members. Granted, some drive-by’s are random, but they are so random, that more than likely, it wont happen to you anyway. But, if you hear gunshots, take cover. Hit the ground first (that’s what the taught me in the army). Then, try to get behind something big enough to block the shooter.

Smash and grab, is a crime that you don’t hear much of. It happens at red lights in many cities and it usually goes like this: A man will distract you from the left side of the road. He might scream or even break a bottle. And as soon as you turn your head to look at him, his partner (wearing a leather jacket and brass knuckles) punches through your passenger window and grabs whatever he can reach of value (usually a purse). So, the answer to this problem, is simply never leave your purse or any valuables on the passenger seat or dashboard, where they would be visible. And of course, try not to stop at red lights (drive slow enough that the light turns green before you would have had to stop).

Accidents on purpose. That’s what I call it, although experts now call it the swoop and swap. Sometimes they work in teams of two or three cars. They will usually cut in front of you and slam on the brakes. The accident will be your fault if you hit them in the rear. Then, they scream “whiplash”. And you get sued. The best way to avoid this is to take it easy whenever you are in a city. And leave plenty of following distance.

Ambulance chasers are solicitors who work for a body shop or maybe even a lawyer. They listen to a police scanner and they go to all the accidents and try to “help” you by calling a tow truck for you (or a lawyer). The way to prevent being scammed here, is to never trust anyone who you just met at an accident (and of course, don’t get into an accident in the first place). But if you do, call your own lawyer and your own tow-truck/body shop. The police know who the “chasers” are too, because they see them at every accident. The good cops tell them to “get the !#$* outta’ here”. The corrupt ones will let them linger and mingle with you.

Corrupt police are not as commonplace as they used to be, but there are a few stragglers, who haven’t yet learned their lesson. Some are in cahoots with the ambulance chasers and will even tell you that you have to let “this guy” tow your car. Others, will “find something” to write you a ticket for, if you get smart with them. Some will simply beat the crap out of you. The only way I know of, to avoid corrupt cops, is to never talk back to any cop. And never lie to a cop. But, most of all, never do anything that could get you pulled-over in the first place.

Today’s towing companies can hook your car in seconds. Oftentimes, in an area of a city where there is no parking to be found, people wind up parking on someone else’s property, so that they can go next door or across the street. These towing companies watch the busy parking lots. And if they see you park there and then walk across the street, they will grab your car before you know what hit you. They grab trucks too, but they still take a longer time to tow. The way to avoid this is to simply never park on someone else’s property.

Did you notice how almost all of these real city dangers can be avoided by driving safely? By simply timing traffic lights, so that you don’t have to stop, you are preventing traffic jams, road rage, car-jackings, smash-and-grabs, accidents on purpose, and you’re helping put ambulance chasers and corrupt police out of business.