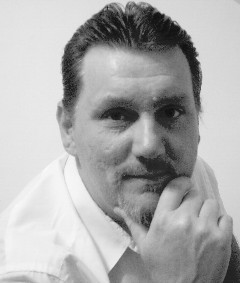 The purpose of this site is to offer some safety tips, and have some fun. We’ll talk about city driving, safety meeting topics, and other big city news and opinion through the articles presented here by multiple authors.

Safety is a virtue.

It all began in 2000, when I had the big idea that if everyone drove like me there would never be another traffic jam, road rage story, or even an accident. I was so convinced at the time, that I wrote a little booklet and sent a copy to Jesse White, (then) Secretary of State of Illinois. He liked it too. He said he would use some of my ideas in his up-coming Aggressive Driver Campaign. I don’t know if he did or not, but it was nice to get that praise from him.

I also sent a copy to every trucking magazine I could find online. At that time (in 2000) there were only 21 trucking magazines listed. Immediately, I received an offer from Ten Four Magazine. They liked my approach to city driving safety, and offered me a columnist position. I stayed there for ten years writing a regular column, right up until I hurt my back in 2010 and quit driving.

I also dabbled in radio.

I did an internship in 1997 at WLIP AM 1050 in Kenosha for a few weeks and wound up getting a spot doing sports and news. It was a lot of fun, but I always dreamed of having my own show one day.

As my Ten Four Magazine column gained popularity on the west Coast, I started getting calls from radio stations in that area, and wound up doing about a dozen interviews. I had a lot of fun with that too.

I became an expert at city driving safety.

After all that trucking, writing and researching for articles, I suddenly became an expert in a field which I created- Safe City Driving. I still hold the belief that if everyone drove like me there would never be another traffic jam, road rage story, or accident.

I even did about a dozen seminars, where I spoke to groups of drivers, truck driving school students, and even sales reps who do a lot of driving. I seem to be getting more calls on my public speaking these days, which is great.

If you would like me to come to your next safety meeting, just drop me a line here at info@bigcitydriver.com. I live in-between Chicago and Indianapolis, so if your company is anywhere near there I will come for a reasonable price. If you are farther, just pay a little extra to cover gas, and I’ll be there.

My Safe City Driving seminar is guaranteed to change your drivers outlook, lower your accident count, and save you money on wear and tear. So, in that sense it pays for itself. I don’t charge more than the average truck driver. Come on, go for it. You’ll be glad you did.

In fact, my Ten Keys to Safe City Driving sold about 20,000 CD’s from 2005 to 2009 (and still sells about 200 MP3’s a year). Then I made a video which sold about a few hundred copies since then. I have a list of happy customers that are top dogs in the trucking industry:

I am currently working on a new, updated version, and another one about Gravel Pit Etiquette.

Here are some quotes:

“I like these ideas and will use some of them in my Aggressive Driving Campaign”
-Jesse White, Secretary of State of Illinois.

“I ran across your site by chance and was intrigued.”
-Skyline Recovery Systems.

“I think you are a very smart man and I agree with all you write about.”
-Jenni Sasso, Path Truck Lines.

“I came across your website and I love it. I hope you don’t mind if I quote your stuff.”
-Peter Carter, Today’s Trucking (Canada’s Largest Truck-Fleet Magazine).