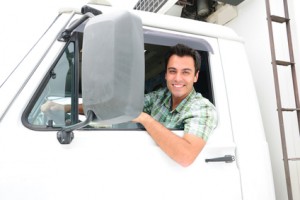 About 3.5 million Americans are driving trucks to make a living, but it requires some serious consideration before you decide to become a full-time truck driver. Becoming a professional truck driver requires a time and sometimes a financial investment, including training at a credible truck driving school.

What You Need to Know

Driving schools provide truckers with the real world experience that they need for long hours on the road required for a OTR or auto transport career, but that also means that classes can be tough. Driving a rig while dragging a 53-foot trailer behind you requires extreme care in choosing the route and in docking the trailer in extremely tight quarters. In training, the driving student is instructed in necessary skills needed to be a safe and successful truck driver, such as how to back a trailer between cones in a field with no hindrances to maneuvering. For this reason, most companies will require a road test and, in many cases, driving accompanied by an experienced trucker for a certain period of time. Like any trade, it is important to get the right education and training in order to be a desirable employee to hiring companies.

According to Brett Aquila from TruckingTruth.com, the best schools range in price from $2000-$5000 and can take anywhere from three to eight weeks to complete for your Class A license. A Class B license is a little cheaper and quicker, but this will greatly limit your career options out of school.

When it comes to the pay scale for a driver, it depends primarily on the degree of difficulty and danger along with necessary skills and work required for the position. Difficulty relates to what the driver is hauling and what the load presents to the driver in terms of handling, loading and so on. An auto transport driver obviously has to be more careful than a driver who’s carrying a tank of water, and the driver is compensated according to that extra difficulty. The amount of pay also relates to the amount of work required other than driving, like loading or unloading the trailer by hand and so on. Generally, the average pay scale for a trucker ranges from $28,000 to $64,000.

Hauling hazardous materials, such as gasoline, molten sulfur, acids and liquid propane, and over the road (OTR) jobs generally have the highest compensation. Driving OTR will normally keep you out for four to six weeks at a time. Generally, the pay is based on so many cents a mile, so the longer on the road the better.

There are a couple basic types of truck drivers. Owner/operators own their own trucks and haul for one or multiple companies. They are essentially independent contractors. Company drivers are employees of a certain trucking company and haul only for it.

Long hours, as required when OTR driving, can be difficult on drivers. Much of a trucker’s down time is spent sleeping in the truck cabin at truck stops. There is also a high OTR compensation acquired when driving with a partner. There is no stopping to smell the roses here. One man drives while the other sleeps and they only stop for fuel, meals and personal hygiene.

Truck driving can be a very exciting and rewarding career. If it is a vocational direction you are eager to get started in, research some driving schools and find out what companies are hiring. Opportunities are not hard to find with the right skills and training.

Ryan grew up rolling Matchbox cars across the linoeum of his family’s home. The only thing he loves more than classic and collectible cars is playing his used Fender Stratocaster.