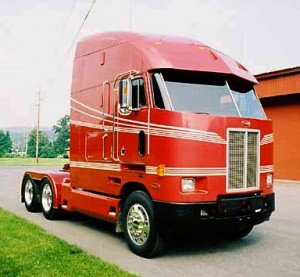 Ever since I was a kid, I always loved to daydream. Even in school, my teachers would talk and I would look out the window and drift off to some fantastic (or sometimes incredibly simple) place in my mind. To me, life is a series of little cartoons. Each episode of my life, whether real or imagined, is cataloged in my brain as a memory and later recalled as a cartoon. Except for memories of the sixties. Those are black and white. Some of my memories are vague and some are very clear. Here’s a fuzzy one;

One day, I happened to be on the twenty-fifth floor of a downtown building. So I decided to go to the window and take a look at the traffic below. What a view it was! The cars looked like ants. I know everybody says that, but it’s really true. It resembles an anthill because of all the activity that is easily visible. The cars really look like ants aimlessly running around in circles, jerking left then right, almost panicking, trying to find a particle of food to carry home. And there were so many cars. Each city block that I could see, had more than fifty cars on it. There seemed to be too much movement. All of the cars seemed to be wasting a lot of time changing lanes constantly, battling each other to see who will make it to the next red light first.

And the trucks looked like caterpillars. They were slow compared to the cars and much longer of course. And they didn’t seem to be turning as much. All of the trucks seemed to be going straight ahead, as if they knew exactly where they were going. Slowly, yet deliberately and without wasting any movement. The city below looks quite different when viewed from such a distance. It was as if I was looking at life from the outside looking in. Like God, watching from above, not part of it.

I began to look at vehicles as living beings.

They breathe in air (mixed with fuel) and exhale (exhaust). They need food (fuel) and water (anti-freeze) to survive. They are working or playing when they are being driven and they are sleeping when they are parked. They even have bodily fluids (oil, anti-freeze, power steering fluid, transmission fluid, rear-end grease, etc.) And if any of these vital fluids leak (bleed), the poor little critter may have to go to the hospital (repair shop). They get cancer too (rust). They even get into fights with each other (accidents).

If vehicles were animals, what would your car or truck be? I have a 1975 Cadillac. If it was an animal, it would be an old cow. It’s huge and slow. The 2010 Kenworth T-600 I drive would probably be a rhinoceros because it has a long hood ornament on the nose. A Toyota IQ would be a squirrel. Motorcycles would be frogs and skateboards would be insects. But a cab-over Peterbilt is still a football (see pic.) Are you still with me?

Like the food chain, the big vehicles eat the small ones.

A truck vs car accident for example, usually leaves a dead car and a slightly bruised truck. And like animals, the bigger vehicles generally live longer lives. The average car usually lasts about 200,000 miles or even less on smaller cars. But the average big truck can last up to 1,000,000 miles or more if you take care of it.

The difference between a car and a truck is like night and day. It truly is a different world driving a truck than it is driving a car. Life moves much slower for a truck than it does for a car in the big city. I’m sure most truck drivers know this, but many car drivers do not. If we had a few more questions on the drivers license exam, that would help.

Looking down from the twenty-fifth floor it’s clear to see. All of the cars are doing circles around the trucks. It’s as if they exist in two separate worlds, one for cars and one for trucks. But the weird part is that they share the same space, but not the same time speed.

Some cars take life threatening chances around trucks without even knowing it.

The most common mistake I see cars make, is cutting in front of a truck and then stopping. It happens to me everyday too. And many of them risk their lives everyday and don’t even know it. That’s because they see life from a different speed. The world they are in is moving along quickly. They can stop and go five times in five seconds. But a truck can’t and they simply don’t know it. Just because they can pass a truck, slow down and then turn, all in ten seconds, they assume that the truck can stop in time too. But it sadly cannot.

That is the same reason that bugs die on windshields. Because their life is seen at a different speed, they cannot seem to comprehend the speed of a moving car or truck. A bug may assume everything is fine because the truck seems so far away. But all of a sudden it’s right on top of the poor little defenseless pain in the butt. He learned a valuable lesson. But he wont be able to share it with the other bugs.

The life of a car is lived faster than the life of a truck. And cars that try to do circles around trucks will probably be found splattered on a windshield one day. Please be careful out there. And give each other time to think. It’s all of the sudden movements that so many city dwellers are compelled to make, in their fast paced, every second counts, way of thinking, that make it dangerous driving in a big city. Slow but sure is better than fast but maybe.

This hallucinogenic message of safety is brought to you by BigCityDriver.com. Thanks for listening.