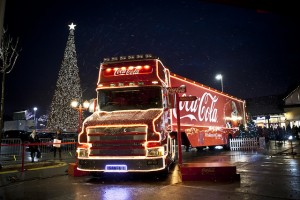 There will be wreaths on grills, Christmas lights on dashboards, mistletoe hanging on rear-view mirrors and holiday cheer on the CB.

There will be sounds of sleigh bells at the stores and Christmas Carols on the radio. There will be smells of turkey, dressing, pumpkin pie and evergreen. Ah yes, the sights, sounds and smells of the holidays. For most of us it will be a beautiful sight, a happy sound and a wonderful smell. For some, it will be the sight of oncoming headlights, the sound of busting glass and twisting metal, and the smell of burned rubber, oil and anti-freeze.

There are always a lot of accidents around the holidays.

If I were to ask you why, you’d probably guess it was because there is always a lot of drinking and driving going on during the holidays. And you’d be right, for the most part. Around 39% of all traffic fatalities are alcohol related. But there is another contributing factor that no one ever mentioned until I read a report buried at the NHTSA, from July of 2005 called Crash Stats, a ten-year study, that analyzes fatal crashes, including fatal holiday crash stats and how speeding factors into fatality accidents.

There are about 12,000 speeding related fatal crashes a year. Compare that to almost 17,000 fatal crashes for drunk drivers (according to another report by the NHTSA- 2005 Traffic Safety Facts.) As you can see, speeding is almost as dangerous as drunk driving. This study set out to prove that, and did. I never would have guessed that would be the case, but the numbers don’t lie. Speed kills, as we all know. But when I read this report, I thought it was important because I know that most people equate holiday accidents with drunk driving, not speeding.

Also, according to the Crash Stats Study, the deadliest day of the year for speeding related fatal crashes is New Years Day, followed by Memorial Day, July 4th, Labor Day, Thanksgiving and then Christmas. Once again, I was surprised by the results. I never would have guessed that New Years Day would be the deadliest holiday because of all the hype about not drinking and driving on that day. Busses and taxi’s offer free rides in many cities. Plus, have you ever had to take a drive on New Years Day in he morning? There is absolutely no traffic. It’s like everybody died and left you the world. With traffic low and free rides everywhere, it’s hard to fathom that New Years Day is still the biggest day of the year to get killed on the road. Of course, the day actually begins at midnight…

But, when you factor in the speeding, you can see that it makes sense because lots of people are in a hurry to get home for that holiday. Add to that, the fact that most people are only concerned about drunk drivers and you can see that the roads can be a pretty dangerous place at times, especially around any holiday.

Is it as dangerous for trucks on holidays?

Speeding is a very underestimated danger.

It’s no wonder that motor vehicle crashes was the single leading cause of death in the United States in 2003.

I know most truck drivers will be home on the holidays, but of course, some will not be. They will be out there trucking along, watching out for that drunk driver (or speeder, if they saw this report) and trying to stay alive. Two of those six deadly days (mentioned above) are coming up in the next thirty days, so please, be careful out there. Get home safely and have a great holiday when you get there.

And please, if you are one of those people who always want to wish everybody a happy happy and a merry merry, just stop it. It’s Merry Christmas, and Happy New Year. What the heck is that- happy happy and merry merry? A politically correct truck driver saying? We’re truck drivers. We’re known for saying the truth and putting it out plainly. Don’t give me some wishy-washy, meaningless, jargon greeting. From the bottom of my heart, from my family to yours, I’d like to wish everybody out there a safe journey, a Merry Christmas and a happy and prosperous New Year.