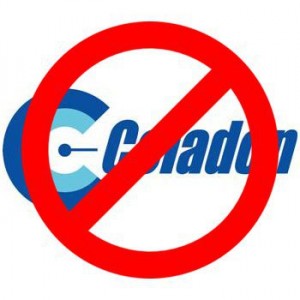 The job-hopping adventure continues, but this time it wasn’t my choice. I’ve seen two articles about a recent buyout involving Celadon and CX Roberson, but all they talked about were the numbers – how many drivers Celadon hired, how many Roberson fired, how big Celadon is now, etc. I can tell you firsthand what the transition was like, because I was working for CX Roberson on that fateful day when the transaction was finalized.

It came without any warning whatsoever. On Friday, January 14th, at about 1:00 PM, I tried to get some fuel at the Pilot in Whiteland, Indiana. The card-reader at the pump informed me that my Comdata Card was invalid and to call my company. So I parked my truck and sent a Qualcomm message asking why I couldn’t get fuel. The reply said that Comdata was “down” and that they would let me know when it came back up. This happens every once in a while, so I didn’t think much of it – yet.

Finally, at about 4:00 PM, I received a message that simply read: “Celadon has just purchased CX Roberson.” It was that short and simple. But I needed more information than that. What did this mean for me? Could I get fuel now? Should I still go pick up the load I was dispatched on? Will I have to attend another orientation at Celadon? And, why wasn’t my weekly pay put on my Comdata Card like it usually was? Will I ever get paid? Are they ducking and running? I was full of questions and concerns.

I tried calling, but the phone was busy for the next two hours. I tried the Qualcomm, but got no response. I tried Celadon, but they knew nothing yet. Now, keep in mind, CX Roberson had no weekend dispatch, so I needed answers quickly. It was Friday, and I knew that at 6:00 PM everyone in the office would be gone for the weekend. I kept trying the Qualcomm and making phone calls until I was sure that they had all left for the weekend. Now what?

Just then, I had a flashback. It was only a few years ago when Celadon bought Burlington Motor Carriers. I happen to have been working for Celadon at that time and was in orientation with about twenty former Burlington drivers. They told stories of being left stranded at truck stops all over the country. Many of them sat for a week before they were finally given a load, heading toward Celadon’s home terminal. Many still haven’t been paid their final settlements from Burlington. Lease-purchase drivers who nearly had their trucks paid off, were having their trucks taken away from them. There was talk of lawsuits and Labor Department claims.

Well, it didn’t take long for me to realize that the same exact thing was happening to me now. I would have been stuck there until Monday at least, and probably longer. Then, I would be dispatched to Celadon’s terminal where I would have to attend orientation. And who knows when or if I would ever get paid from CX Roberson.

Truth is, I didn’t want to go back to work for Celadon. I had been there before and left for a reason. Don’t get me wrong, Celadon is a fine company to work for. They have nice long runs and the pay is good. My problem was simply that I didn’t want to be gone from home for three weeks at a time. CX Roberson was getting me home weekly and I wasn’t about to go back to a company that only gets you home every three weeks. I was lucky enough to be only 150 miles from CX Roberson’s terminal in Illinois, so I decided to head over there and drop off their truck.

When I arrived at the terminal, I met several other drivers who were more confused than I was. There was a Celadon recruiter there who was explaining how we could all go to work for Celadon, if we wanted to. He didn’t know when we would get paid from Roberson, but he tried to assure us that we would – eventually. I told a few drivers how it was when Celadon bought Burlington. They were all glad to be close to the terminal when it happened. We imagined drivers sitting and waiting, clueless, in truck stops everywhere.

So, I turned the page on that chapter of my life and headed home. After numerous phone calls to Roberson and Celadon, they finally located my paycheck at Celadon in Indianapolis a week later. Once I got it (another week later), I realized that they still owed me for another week, plus my security bond. Two weeks after that, I finally got my last payroll check, which still did not include my bond money.

It’s funny, CX Roberson used to take twenty-five dollars a week out of my check, for a security bond, just in case I ever abandoned their truck. Well, it was they who abandoned me, and as of the day of this writing, I still haven’t received my money.

Roberson is not totally out of business. They only sold their van division (CX Roberson) to Celadon. They still have their flatbed division (PFT Roberson). I called PFT Inc. (that’s their new name) and they assured me that I would be getting my bond money back any week now. I don’t know why they couldn’t pay me in a timely fashion. I guess they figured they needed the money more than I did. It probably has something to do with leverage, or earning interest until the end of the quarter, or something. I wonder if my mortgage company will understand that?

Anyway, I have another job already and it seems to be good, so far. I hope nobody buys them out anytime soon. Or, if they do, I hope they can at least give me two weeks notice. That’s what I would have done for them. Thanks for listening and be sure to check out bigcitydriver.com for more trucking trials and tribulations.