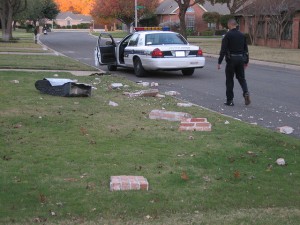 Americans spend a great deal of time in their cars. Cars, trucks, and SUVS not only get us to work, but also to the grocery store, mall, and other places where we enjoy spending our leisure time. While most drivers are law-abiding citizens, some may push the limits from time to time—and even participate in a hit and run. Understanding the legal ramifications of a hit and run, including the loss of license, imprisonment, and financial penalties is crucial for those who want to avoid disaster.

What is a Hit and Run?

According to Laws.com, a hit and run is a type of event in which an individual who is responsible for an automobile accident and the subsequent damage, does not stop and offer identification. Instead, the perpetrator of the incident will only simply drive away, failing to offer help or render emergency services. Men and women may choose to participate in this activity for a number of reasons, including intoxication, lapsed drivers license, or other illegal acts. Nearly every state in the US agrees that a hit and run is a crime, and is heavily prosecuted by law enforcement professionals.

The loss of one’s drivers license is almost a guarantee for individuals who have been found guilty of a hit and run. While some people may only lose their license for a short period of time, others may be without this privilege for the rest of their adult lives. In some cases, those who are found to be first time offenders may be able to get their license back by participating in driving school or anger management classes. Even if a license is reinstated, certain limitations are likely to remain in place.

Those who have been convicted of hit and run may also face imprisonment. As with the loss of one’s license, the specifics associated with imprisonment are likely to vary drastically from state to state. In most cases, men and women who have been charged with this crime may spend up to five years in jail for a first offense, and longer durations for repeat offenders. In addition to imprisonment, criminals may be expected to pay a financial penalty to the state in which the hit and run occurred—with some regions charging as much as $5,000 per hit and run event.

Finally, those who have been in an auto accident in which they are later convicted of a hit and run may face serious insurance consequences. In fact, some insurance companies will drop their customers upon the issuance of a hit and run citation, regardless of the final outcome of the case in question. As driving without car insurance is considered to be illegal in most states, this will severely limit the ability of the criminal to drive a motorized vehicle in the future. Some drivers may be able to obtain “high risk” car insurance, though this usually comes at an exorbitant rate.


About the Author:
Andrew Miller is a passionate member of the End Ecocide movement, an avid blogger, environmental law student and co-founder of the tech startup Scan & Ban (www.ScanandBan.com); a free mobile app developed to empower the public to find out what toxins are in their food and pass legislature to ban those dangerous ingredients.