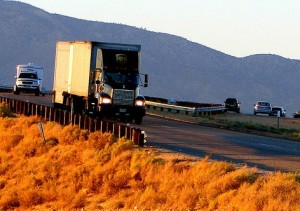 The images conjured up when one thinks about the American roads less traveled are charming – peaceful scenery, casual cruises, and a warm fuzzy feeling. According to many studies and data collected, the rural roads are far from charming.

Many rural areas in America have the deadliest routes in the country. With less traffic and fewer cars on the roads, how is this possible? Mainly its carelessness and poor decision making, along with a higher rate of speed, and complacency. Read on to find out more.

Accidents and Risks on Rural Roads

Only 23% of Americans live in a rural area, so that would make the roads safer to travel, right? Wrong! According to the National Highway Safety Traffic Safety Administration, 6 out of every 10 fatal accidents occur on rural roads – that means rural roads are the setting for 60% of all deadly car crashes.

That number is just an average however, a stunning 90% of fatal accidents happen on rural roads in some states. A driver is 2-1/2 times more likely to die in a car crash per mile on rural roads than urban roads.

Why These Accidents Happen

The reasons behind the crashes on rural roads are many. Many of the explanations of why people die on these roadways have to do with a false sense of security created by driving in less populated areas; drivers feel as though they are safer in these areas when they could not be more wrong. Officials have discovered that people speed more often on these roads. People also tend to not wear seat-belts while driving through less traveled roads. Animals are big risk factors when accidents happen in remoteness; there are more creatures around these areas and less noise to scare them off. Drivers often tend to miss seeing dangerous objects in the road or heading into the road, like a large piece of debris or deer, because of the lack of lighting. Pile ups are also more common as street lights are few and far between and there’s not much light to help from surrounding residents and businesses, so people fail to see any accidents ahead of them. Also, because of the average higher rate of speed, and the closeness of oncoming traffic, head-on collisions are more common.

How to Stay Safe

When it comes to protecting yourself on the road, the same basic safety rules go for rural roads as all others; people just seem to get comfortable driving these roads and let common sense slide. Firstly, it’s never okay to drive while impaired – driving will under the influence is illegal and deadly to you and the other people on the road. Also, before you even crank your car put your seatbelt on; many otherwise minor accident have led to death because a driver or passenger was not buckled up. Remember not to speed when you’re on these roads; it may be tempting because you are sharing your lane with less vehicles but you are in an area with more animals, less visibility, and more potential for fatal accidents. Remain especially vigilant and always watch out for broken down vehicles or impaired drivers. Visit the FWHA Safety site for more facts about crashes on rural roads and how to stay safe.

Leave Yourself a Way Out