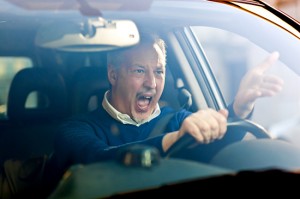 Phoenix, Arizona, only gets rainfall during the few weeks of summer monsoons and sporadically in the winter months. That means native Arizonans aren’t used to driving in inclement weather conditions. Motorists in the state are notorious for ignoring barricades on flooded streets. They get trapped in flood waters and call for help once their vehicles become immobile. This all prompted lawmakers to enact the “stupid motorist law” in 1997, which holds drivers liable for up to $2,000 to pay for their rescue.

Believe it or not, Arizona’s law is relatively tame compared to some other ludicrous legislation around the country. Here are three other statutes that fit the bill.

The suburb of Fort Thomas, Kentucky, is known as the city of beautiful homes because of its neighborhoods with several well-preserved 100-year-old houses. Highlands High School in Fort Thomas is the alma matter of former NFL quarterback Jared Lorenzen, and all alumni are known as “cake eaters,” in reference to the phrase “let them eat cake” due to the town’s wealth. The town is also known for its strict laws governing lewd acts by dogs.

City Ordinance 0-5-2001 specifically prohibits all animals from “molesting” passing vehicles and pedestrians. The statute defines animals as any creature other than humans, but fails to give specifics as to what constitutes molestation. It’s difficult to imagine how a dog could actually harm a moving vehicle. Owners of these pets could be fined up to $100 if the animal is found guilty.

No Loud Noises at Sandwich Shops

It’s not unusual for municipalities to enact noise ordinances so residents can sleep peacefully at night. Citizens of Illinois make certain to get new tires every 40,000 miles to prevent inadvertent screeching that can get them a ticket. But Little Rock, Arkansas, takes it a step further to protect sandwich eaters from annoying car horns.

City Code 1961, Sec. 25-74 prohibits honking your horn or sounding a bell at any establishment serving sandwiches or cold drinks after 9 p.m. The law was first enacted in the 1920s when curb service at restaurants was popular, according to Lorraine Lorne, the University of Arkansas Law Library Assistant Director. The language of the statute was changed in 1964 to include drive-thru restaurants that began to increase in popularity that decade.

It happens to everyone. You’re driving down the highway and some crazy driver cuts you off for no other reason than to get under your skin. But in Rockville, Maryland, you’d better learn as many obscene gestures as possible to avoid possible imprisonment.

It is illegal to shout profanities or any other obscene language on a street or highway. That means a mother yelling at her misbehaving child in the backseat could potentially be arrested if her verbal reprimands are heard by anyone in the vicinity.

Apparently legislators in Rockville take this law very seriously. Those found guilty of violating the ordinance (Sec. 13-53) face an undisclosed fine and up to 90 days in jail.